What is Social Media for Animals?

The story behind Social Media for Animals:
The world of social media is always changing, and in often understaffed animal shelters and rescues around the country, the person charged with managing social media wears numerous other hats. The end goal of helping animals find homes through social media is universal, yet the tactics to do so vary.

Those managing social media for a shelter or rescue are often learning through trial and error, and for a long time seeing what worked and what didn’t was something each person at a facility had to learn for themselves. With an estimated 3,500 animal shelters around the country, it only makes sense that the knowledge and experience of the social media manager at one shelter could be beneficial to others. 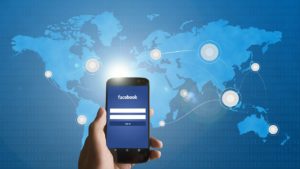 While presenting at a conference in 2013, Sarah Barnett heard similar questions from individuals at shelters who happened to all be in the same state. It seemed that these shelters were only able to connect at the conferences, which meant that other shelters who were not able to send staff, missed out on sharing their social media knowledge with each other. These shelters could be learning from each other if they could connect directly.

So Barnett surveyed several dozen individuals who managed social media at shelters, and the results demonstrated an interest in having a centralized place to connect and share ideas. One survey taker, Rebecca Poling, had already had a similar idea and had created a group on Facebook for this very purpose, called Animal Shelter Social Media. Poling and Barnett worked together to increase the membership of the group and admin it together. Since 2014 the group’s membership has grown to more than 200 members who range from managing social media for small rural municipal shelters to large shelters in the hearts of busy cities across the country.

As the group grew, not only did the vast knowledge and experience become apparent, so did another gap in the community: there were not always professional opportunities beyond the shelter available to group members such as speaking at conferences, or training others even in their own community. Members spend all day promoting animals in need of homes, but as a result don’t often promote their own knowledge and experience, and it can limit their career options, and often drives them into other fields.

Jane Harrell joined the group in 2016, and her company, ’cause Digital marketing, focuses specifically on marketing for the pet industry. Combined with her 16 years in the animal welfare industry and 10+ leading digital marketing strategies for brands like Petfinder.com and Pet Health Network, Jane’s extensive experience and skill set, creativity and desire to help others turned into a collaboration to create Social Media for Animals.

Social Media for Animals hopes to not only share the knowledge these individuals have, but also serve as a platform that boosts them professionally, so that the field of animal sheltering, adoption and protection (and in turn, the animals in need) don’t lose them.

Social Media for Animals, like social media itself, is intended to be a community-driven tool. On the site, you’ll see blog posts sharing perspectives and opinions from members of the Facebook group, and it’s up to you, the reader, to determine what to glean from those posts. What works for some shelters may not work for yours, but hopefully the resources on this site will help provide you with information that you can use.

We hope you find the site useful, and please send feedback, suggestions and comments (or questions) via the contact us form!

Seeing some of the adorable photos on this website and wondering where they’re from? They’re courtesy of Guinnevere Shuster. Guinnevere is not only a great member of the Social Media for Animals community, she’s the talent behind the viral photos of shelter dogs at the Humane Society of Utah, taken to mimic photo booth photos and featured on TODAY and many other top outlets. We highly encourage you to check out her book filled with some of the adorable photos she’s taken; Shelter Dogs in a Photo Booth.