A Wish List for Every Organization – in a Few Easy Steps

One of the easiest things you can do for your rescue or shelter is to create an Amazon wish list. Many supporters want to help shelters and rescues by donating supplies, but a constant struggle is that they may donate items you can’t use or already have enough of (except bleach and paper towels, which we all know you can never have enough of). As your needs change, so can the wish list, and this is especially useful for shelters who don’t have a website that they can be updating frequently. The wish list also provides the opportunity to explain what the item is for, if it’s a high, medium or low priority item, and how many of the items you need. 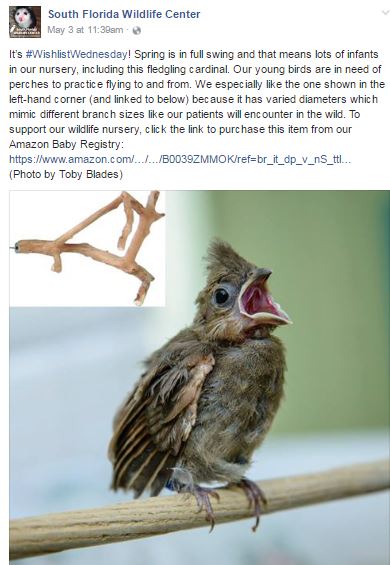 Amazon wish lists are also extremely useful in times of disaster. In 2011, when the terrible Bastrop wildfires occurred in Texas, it was all hands on deck at the Austin Humane Society. Animals were coming in daily with burns and smoke inhalation. They needed expensive burn creams – and a lot of them. They also went through gauze and other medical supplies at a rate far faster than on a normal day. The litter they had on hand needed to be swapped for litter that wouldn’t irritate the burned paws of dogs and cats, or get stuck in wounds. The list was managed by a volunteer who wasn’t even in the state – allowing for their staff to focus on the work needed at the shelter, and they simply sent what they needed to her as needed. It was an easy way for them to engage out of state supporters, and the end result was a win-win.

An additional benefit was that people who didn’t live in the state could purchase items off the list and they would ship straight to the shelter, allowing those watching the heroic efforts taking place across the country to contribute items.

How to promote the wish list:
When you’re not in the middle of a disaster, you can promote the list on your social media channels through posts like “Wish list Wednesdays,” where you highlight an item on the list that you ask your supporters to buy. You can include links in your newsletters and on your websites too, and if it’s related to work you’re pushing out to the media (such as during a disaster), share the link with them! Amazon wish lists make it easier than ever for your supporters to buy it – and have it shipped directly to you (and the address isn’t disclosed to them, so if you’re a rescue you can have it shipped to a person’s house, i.e. the foster coordinator etc). If you’re a nonprofit registered with Amazon Smile, don’t forget to remind your supporters to shop the wish list using Amazon Smile so that you benefit.

Now that you know why it’s a no brainer to have an Amazon Wishlist, step to it! If you don’t know how, don’t worry, check out this step by step guide: How to Create an Amazon Wish list