Go Live! 8 Tips To Make Sure Your First Facebook Live Isn’t Your Last!

Facebook live has many benefits, in particular to shelters and rescues with limited resources. It is a great way to communicate with your fans and also share a unique experience, but somethings you may not think about ahead of time, such as battery power or Wi-Fi. So, thanks to experience and Facebook, here are some tips to check out before you do a Facebook live: 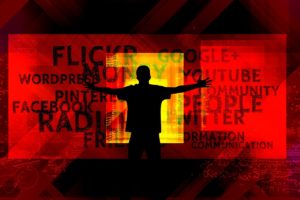 Now that you’re ready to do a Facebook Live, need some inspiration? Here are three very different takes on Facebook Lives, all with great outcomes!

The Humane Society of Silicon Valley celebrated the adoption of a dog who had been at the shelter for quite a while by throwing him a party!

Cleveland APL decided to take viewers on a tour of the cat room – via Facebook Live – on lunch break. Fun fact: Not only was it one of their most high performing live shows, but a family who was watching had lost their cat and was saw him on here, and was reunited as a result!

The Humane Society of Utah was filled with cats, and took to Facebook Live to ask for people to come and adopt, and it ended up being one of their highest performing live videos.